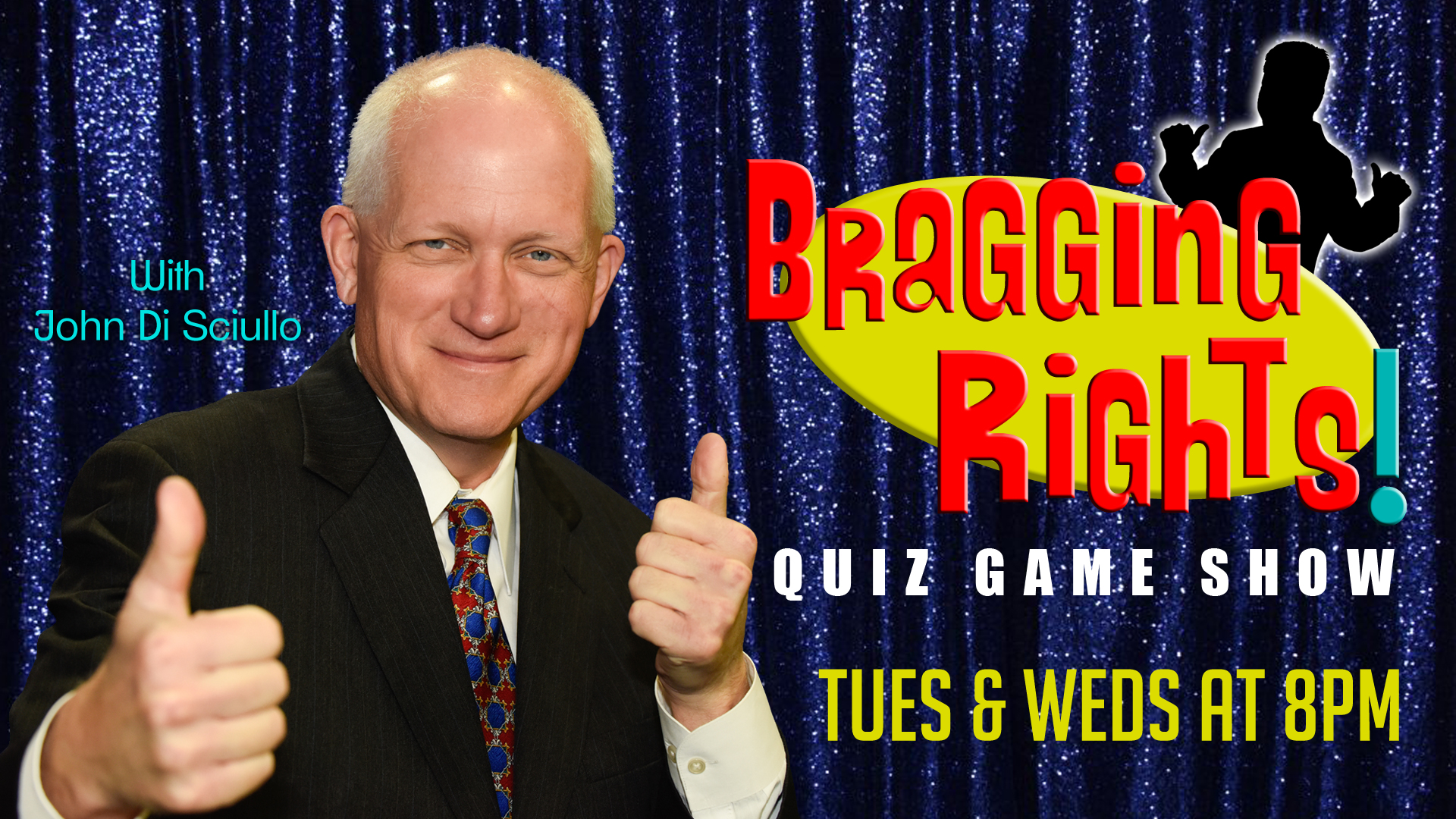 John Di Sciullo welcomes teams to answer trivia questions, and connect their “Red X” or “Blue O” on the game board for prizes – all for the glory of the “Bragging Rights” to say they played and won on local TV!

Watch every Tuesday and Wednesday at 8p.m. on WBBZ-TV!