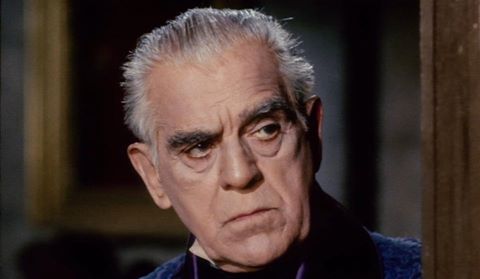 Hepcats Bird, Zelda, and Theodore show the movies that must be shown, every Saturday night at Midnight on WBBZ-TV’s “Off Beat Cinema.” right after “Svengoolie” at 10p.m.

This week, it is back to back BORIS KARLOFF!

“Svengoolie” shows his classic “Black Friday” ( with Bela Lugosi), followed at Midnight when Zelda & Theodore from “Off Beat Cinema” screen “The Terror” ( with Jack Nicholson) 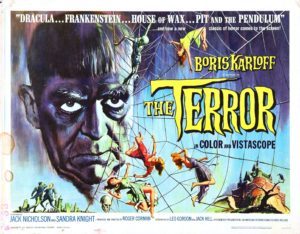 He was widely known for his roles in horror films, particularly for his portrayal of Frankenstein’s monster in Frankenstein (1931), Bride of Frankenstein (1935), and Son of Frankenstein (1939), which resulted in his immense popularity. His best-known non-horror role is as the Grinch, as well as the narrator, in the animated television special of Dr. Seuss‘s How the Grinch Stole Christmas! (1966). Karloff guest starred in a (1966) TV episode of “The Wild Wild West”, The Night of the Golden Cobra. He also had a memorable role in the original Scarface (1932). For his contribution to film and television, Boris Karloff was awarded two stars on the Hollywood Walk of Fame. 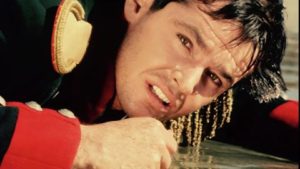 The Terror (1963) is a low-budget American Vistascope horror film produced and directed by Roger Corman about a French soldier who finds a beautiful mysterious woman who turns out to be a ghost possessed by a witch. It is famous for being filmed on sets left over from other AIP productions, including The Haunted Palace. The movie was also released as Lady of the Shadows, The Castle of Terror, and The Haunting.

The movie is sometimes linked to Corman’s series of “Poe films,” which were made between 1960 and 1964 based on the public domain works of Edgar Allan Poe, but The Terror is not actually based on any text by Poe. 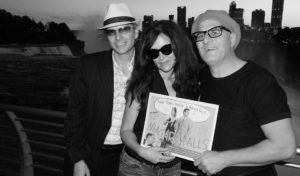