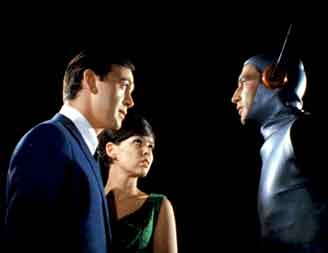 Beatniks Zelda, Bird, and Theodore show the movies that must be shown, every Saturday night at Midnight on WBBZ-TV, Your Hometown MeTV Station, right after “Svengoolie” at 10p.m.

It’s a weekly double feature of fright and fun on “Off Beat Cinema!” 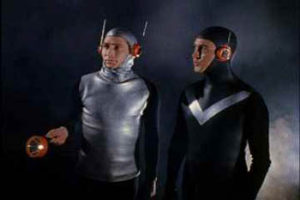 This is a 1967 independently made American science fiction film from Azalea Pictures, produced, written, and directed by self-proclaimed schlock artist/auteur Larry Buchanan,[2] that stars Tommy Kirk, Yvonne Craig, and Byron Lord.[3] The film was syndicated directly to television by American International Pictures without a theatrical release.

A U. S. military station in Houston, TX, the United States Decoding Service (U.S.D.S.), NASA Wing, has intercepted a message from outer space. After decoding, the message contains only the cryptic statement: 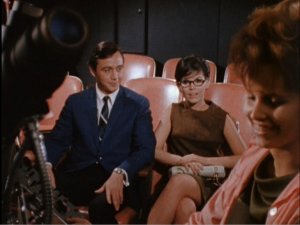 Martians have developed a genetic deficiency that now produces only male children. A mission to Earth is launched, consisting of five Martian males, led by Dop (Tommy Kirk). Once here their team intends to recruit Earth women to come to Mars in order to mate and produce female offspring, saving their civilization from extinction. Using their sophisticated transponder, Dop attempts to make contact with the U. S. military, who have now tracked the aliens’ arrival on Earth. 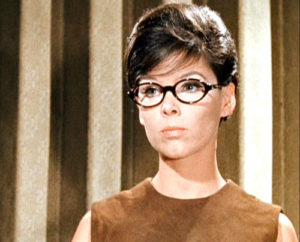 The military eventually views the Martians as invaders, so the team takes on the guise of Earth men, acquiring human clothes, money, maps, and transportation. They finally select their prospective candidates, setting their sights on four American women: a homecoming queen, a stewardess, a stripper, and, most especially, a Pulitzer Prize-winning scientist, Dr. Bolen (Yvonne Craig), an expert in “space genetics”. Resorting to hypnosis, the women are captured, but Dop quickly becomes enamored with Dr. Bolen; soon he is ready to sabotage their mission for her. After the military discover their hideout, the Martians are forced to return home without their female captives.