“The General” with Buster Keaton Saturday@Midnight on “Off Beat Cinema” 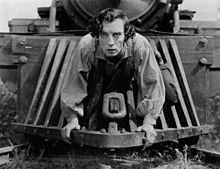 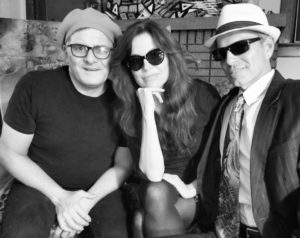 This week, enjoy a brand new show and a brand new movie, when the beatniks pay homage to the great Buster Keaton in “The General.”

The General is a 1926 American silent comedy film released by United Artists. It was inspired by the Great Locomotive Chase, a true story of an event that occurred during the American Civil War. The story was adapted from the memoir The Great Locomotive Chase by William Pittenger. The film stars Buster Keaton who co-directed it with Clyde Bruckman.

At the time of its initial release, The General, an action-adventure-comedy made toward the end of the silent era, was not well received by critics and audiences, resulting in mediocre box office returns (about half a million dollars domestically, and approximately one million worldwide). Because of its then-huge budget ($750,000 supplied by Metro chief Joseph Schenck) and failure to turn a significant profit, Keaton lost his independence as a filmmaker and was forced into a restrictive deal with MGM.

The General has since been reevaluated, and is now often ranked among the greatest American films ever made.