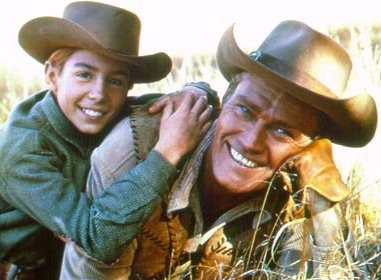 WBBZ-TV & MeTV INTRODUCES THE “SUMMER OF ME” ON WBBZ-TV, YOUR OFFICIAL STATION OF SUMMER FUN!

“THE RIFLEMAN” RETURNS TO THE STATION MONDAY MAY 1ST AT 3 & 3:30P.M. SUMMER SCHEDULE BEGINS MONDAY MAY 29th

CLARENCE, NY (wbbz.tv) Chris Musial, VP & GM of WBBZ-TV, Your Hometown MeTV Station is proud to announce that Chuck Connors as rancher Lucas McCain, and Johnny Crawford as his son Mark McCain return to WBBZ-TV Monday May 1st at 3 & 3:30pm in “The Rifleman.”

“The Rifleman” is an American Western set in the 1870s and 1880s in the fictional town of North Fork, New Mexico Territory. This black-and-white classic originally aired on ABC from September 30, 1958, to April 8, 1963. It was one of the first series to show a widowed parent raising a child. The program was titled to reflect McCain’s use of a Winchester rifle, but is best known for the life lessons each episode contains.
WBBZ-TV, Your Hometown MeTV Station is Your Official Station of Summer Fun!