Summer of MeTV on WBBZ-TV! 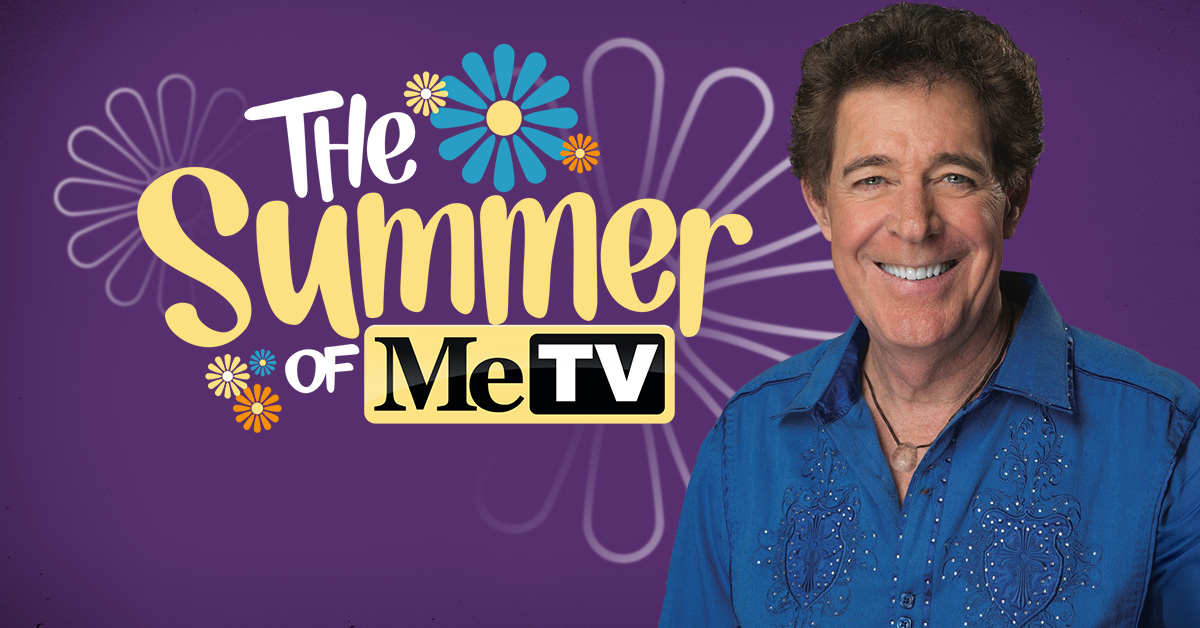 WBBZ-TV & MeTV INTRODUCES THE “SUMMER OF ME” ON WBBZ-TV, YOUR OFFICIAL STATION OF SUMMER FUN!


CLARENCE, NY (wbbz.tv) Chris Musial, VP & GM of WBBZ-TV, Your Hometown MeTV Station is proud to announce that Chuck Connors as rancher Lucas McCain, and Johnny Crawford as his son Mark McCain are on WBBZ-TV weekday afternoons at 3 & 3:30pm in “The Rifleman.”

“The Rifleman” is an American Western set in the 1870s and 1880s in the fictional town of North Fork, New Mexico Territory. This black-and-white classic originally aired on ABC from September 30, 1958, to April 8, 1963. It was one of the first series to show a widowed parent raising a child. The program was titled to reflect McCain’s use of a Winchester rifle, but is best known for the life lessons each episode contains.

On Monday May 29th, the “Summer of MeTV” schedule began.  Celebrate days and nights of blissful summer fun, with comfortable, feel-good Memorable Entertainment on America’s #1 all classic television network.  MeTV will feature a special block of classic comedic programming weekdays and weeknights all summer long.  Plus, this year The Summer of Me will be hosted by Barry Williams, who starred as Greg, the charismatic older brother and teen heartthrob on “The Brady Bunch.” Williams is no stranger to Western New York, as he has been a frequent guest at the “World’s Largest Disco” held in Buffalo Thanksgiving weekend.

MeTV also welcomes the out-of-this-world comedy “ALF” to its network line-up for the very first time.  Join ALF, everyone’s favorite alien wise guy from the planet Melmac, and the rest of the suburban middle-class Tanner family on weeknights from 9:30pm- 10:00pm.

The popular “Mama’s Family” will move into the 9:00pm time slot, following “Andy Griffith” at 8:30pm.

Other notable additions to the Summer of Me schedule include the following:

On weekday mornings MeTV introduces early and rarely seen episodes of “My Three Sons,” that are brand new to the network, from 7:30- 8:30am, alongside the return of “Petticoat Junction” from 7:00- 7:30am.

Pierce Brosnan and Stephanie Zimbalist star as private eyes that have eyes for each other in “Remington Steele” weekdays from 11:00am- 12:00pm.

Now here is something worth staying up late for, “Alfred Hitchcock Presents” offers up a full hour of suspense and drama weeknights from 1:00- 2:00am.

Super Sci-Fi Saturday Night is getting super-sized with the addition of “Battle Star Galactica.”  Capitalizing on the success of the original “Star Wars” movie this cult science fiction classic will time warp viewers back to the late Seventies and serve as the perfect launch pad to Sci-Fi Saturday Night from 7:00- 8:00pm.

All the fun that is The Summer of Me begins Memorial Day, Monday, May 29 in conjunction with the unofficial start of summer. These classics join the roster of locally produced programs on WBBZ-TV this season that include: “Daily Buzz 716” topical talk, Buffalo style weekday mornings LIVE at 10am; “Bragging Rights” trivia game show weeknights at 8pm; “Beat The Champ” bowling Saturday afternoons at 4pm (encore Sunday 11pm); “Polka Buzz” dance party Sunday 7pm (encore Sunday 11:30am); “What’s The Buzz in WNY” magazine ( Sunday 7:30pm/ Wed. 6:30pm /Thurs. 8:30am/ Saturday 11am); and “Off Beat Cinema” Saturday nights at Midnight.

WBBZ-TV, Your Hometown MeTV Station is Your Official Station of Summer Fun!