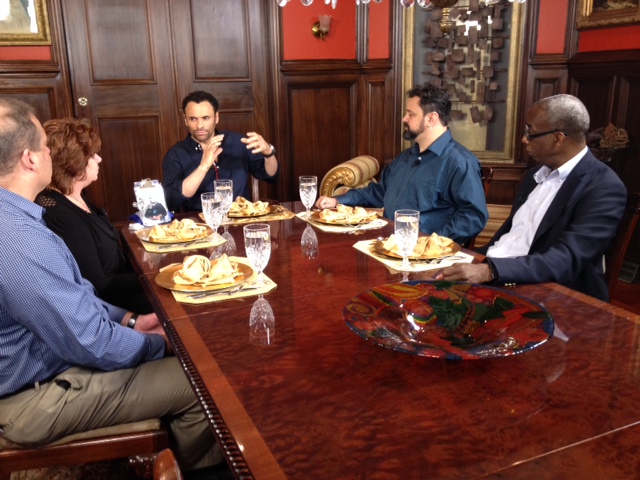 Is Buffalo a City Under Siege as our hometown deals with the growing opioid and heroin addiction crisis? That’s the topic of a special presentation of “Talk With Your Mouth Full,” hosted by veteran reality television host Andrew Dan Jumbo Sunday night at 10p.m on WBBZ-TV, Your Hometown MeTV Station. Viewers will recognize this Buffalo resident from his many appearances on cable television. 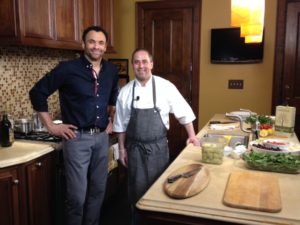 The concept of “Talk With Your Mouth Full” is that a topic is discussed over dinner. The guests will dine on Mediterranean Pasta with Chicken, prepared by Chef Paul Tsoflidis from Acropolis Opa Restaurant. Chef Paul appears in the opening segment showing viewers how to prepare the meal. The meal is served and the conversation begins.

This is an encore of the program that originally aired in June of 2017, with an interactive dinner event held at the same time.  The dinner event is not taking place for this airing.

Promotion and Production Director John Di Sciullo commented, “WBBZ-TV is proud to partner in this unique concept, not only to produce a television show about such an important topic, but help bring the community together for this interactive dining experience. Watch for social media updates on Facebook and Twitter.

“Talk With Your Mouth Full” is a production of Boling Entertainment in partnership with WBBZ-TV. Executive Producers are Rock Doyle and Trent Maurice Boling.

The recipe and information on the topic can be found at www.talkwithyourmouthfulltv.com

Bills RB C.J. Spiller appeared on the debut of “The Fred Jackson Show” on WBBZ-TV!