Carl Paladino on Rob Astorino and the Buffalo School Board 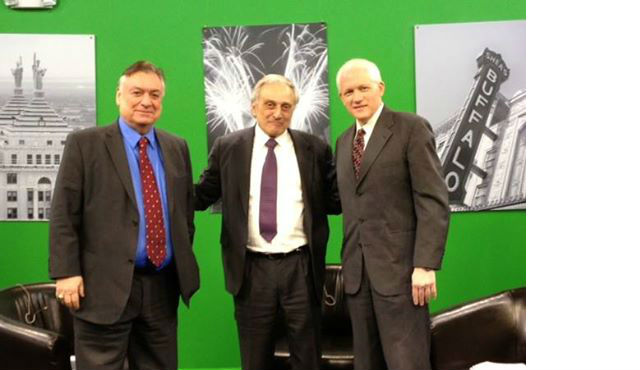 Prominent Buffalo developer Carl Paladino ran for New York State Governor on the Republican ticket during the last election.  He is the outspoken attorney and President of Ellicott Development, and he has something to say about the man who announced his candidacy for NYS Governor on the Republican ticket, Westchester County Executive Rob Astorino.

What does Carl think Astorino's chances are going up against incument Governor Andrew Cuomo, in a state that has a strong Democratic base?

Does this mean billionaire developer Donald Trump will walk away from his much "trumpeted" desire to run?

How does the State Republican Chairman Ed Cox fit in all of this?

Plus, several prominent Western New Yorkers have thrown their hats into the ring to run for Buffalo School Board.  Carl represents the Park District currently, and is at odds with Superintendent Pamela Brown and her recent appointment of a Deputy Superintendent.  Will candidates like Larry Quinn, former equity partner with the Buffalo Sabres, and former candidates for Mayor of Buffalo Bernie Talbert and Sergio Rodriquez make a difference?

Carl Paladino meets up with WBBZ-TV Executive Producer Phil Arno and John Di Sciullo on the next edition of "Political Buzz," Sunday morning at 11am on Your Hometown Television Station.