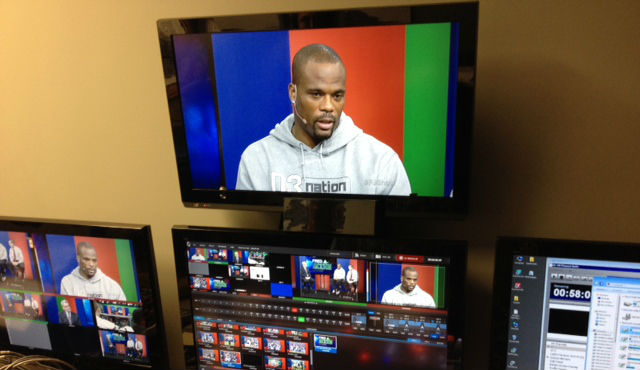 What a difference a week makes!

Due to the epic #Snowvember storm, the Buffalo Bills played the New York Jets Monday night in Detroit, and came away with a 38-3 victory in the Motor City!  Our hometown team followed that up Sunday with a 26-10 win over the Cleveland Browns at Ralph Wilson Stadium – with not a snowflake in sight!

In fact, the Buffalo Bills organization recognized the first responders who helped so many during the snow emergency.  These hometown heroes were given game balls, and got the hometown crowd fired up to melt away any fears that victory would not be in our reach!

Running Back Fred Jackson was back on the field, and in fine form.

In a Nutshell:
In a game that was sitting there waiting to be taken early in the second half, the Bills struck in a matter of seconds in the third quarter en route to a 26-10 victory over Cleveland to provide Buffalo with a valuable conference win and improve the Bills’ position in the AFC playoff race.

Trailing 3-0 after a lackluster first half where the Bills posted a season-low 91 net yards of offense and did not have a third down conversion, Buffalo staged an eight-play 84-yard scoring drive capped by a three-yard touchdown pass by  to  with 8:08 left in the third quarter.

On the next play from scrimmage,  forced Terrance West to fumble near the far sideline, scooped up the loose ball and returned it 18 yards for a touchdown to blow the game open just four seconds later (14-3).

Buffalo’s defense was stifling for the second straight week. From the time Cleveland missed a 37-yard field goal in the second quarter the Browns offense had seven possessions. Buffalo allowed eight total net yards on those drives combined, with a pair of interceptions, a forced fumble and Hughes fumble return.

It also led to 10 points for Buffalo as the Bills scored 20 straight points before the Browns answered with their first touchdown drive of the day when Johnny Manziel came on in relief of Browns starting QB Brian Hoyer in the fourth quarter.

The Bills offense was able to run more than five minutes off the clock on the ensuing possession before Carpenter put his third and fourth straight field goal attempts up and through for what proved to be a 16-point win.

The victory lifted Buffalo to 7-5 on the season and giving them the head-to-head tiebreaker edge on Cleveland should the two teams be in a tie for a Wild Card spot at season’s end.

You can read more of Chris Brown's report at www.buffalobills.com

Now, celebrate the victory on "The Fred Jackson Show" Monday LIVE at 7p.m. on WBBZ-TV!

The studio audience reservations for the show are sold out, but you can make a reservation for future shows by clicking Fred's icon at the bottom of our website – or clicking TICKETS!

Fred and Bob welcomed Scott Chandler to the show.  His "Snow Shovel Touchdown Dance" was a big hit Monday night during the Jets game.  He told Bob and Fred that his celebration captured the spirit of what the team, and their fans, were faced with here in our hometown.

This Sunday November 30th, the Buffalo Bills welcome the Cleveland Browns to Ralph Wilson Stadium.  While playoff hopes for our hometown team may be touch to achieve, Fred says the team is ready to play, and ready to win! 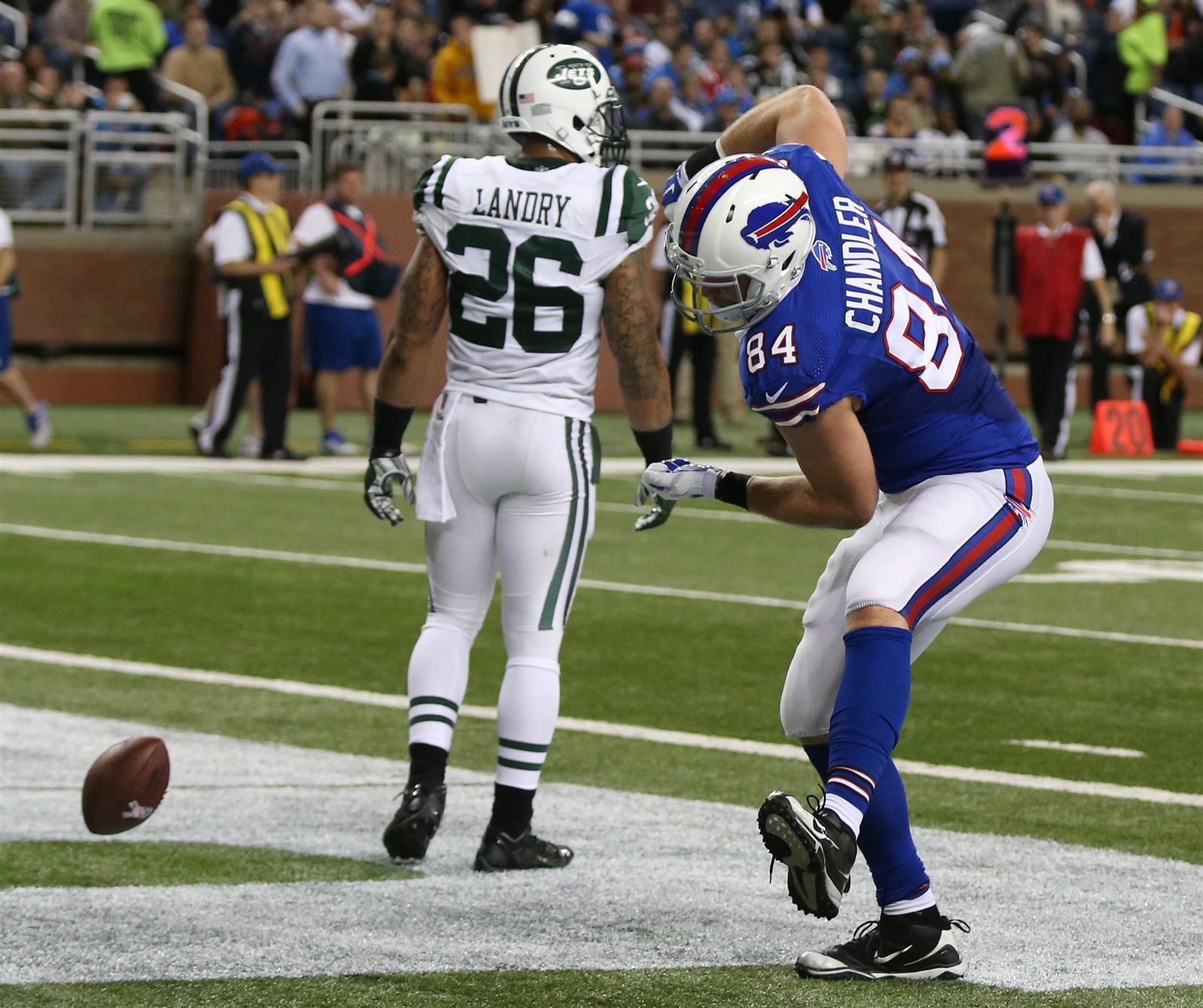 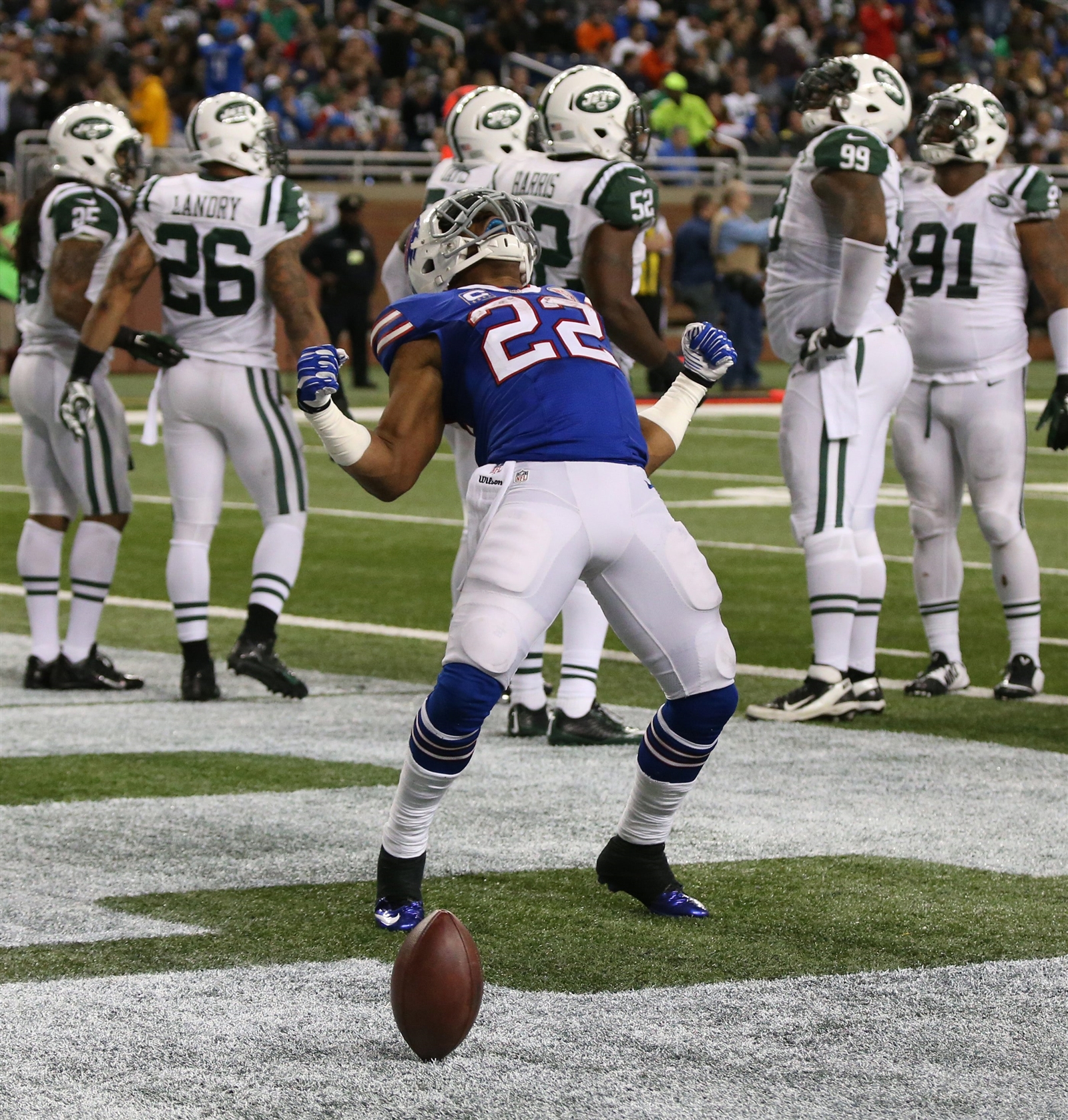 Plus, Fred and Scott debated which touchdown celebration was better – Scott's "Shovel" or Fred's "Hulk" pose.  All agreed the "Shovel" won out…for this week anyway! 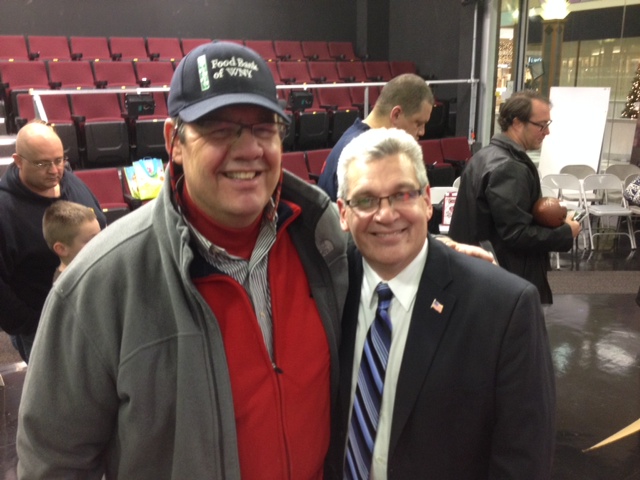 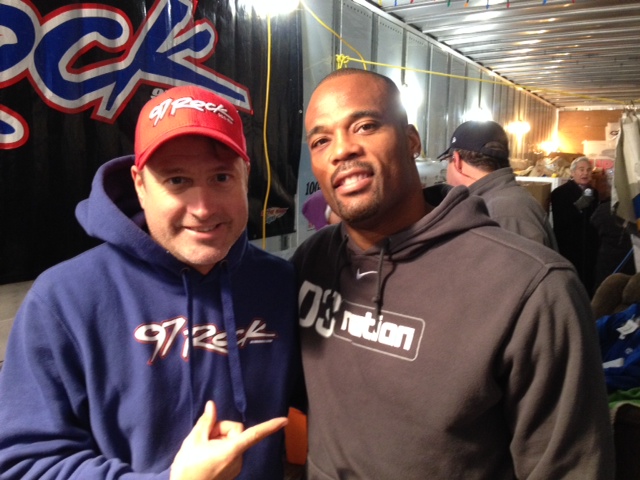 Then, Fred Jackson and Dave "DJ" Jickster from 97 Rock, offered their Thanksgiving wishes for the Western New York community.  Fred donated turkeys and made a substantial donation to the Food Bank of Western New York, as part of Dave's "Rock Out Hunger" campaign.  In addition, both Scott and Fred wished their fans a Happy Thanksgiving, while giving thanks for their families and children, some of whom joined them on set for the show. 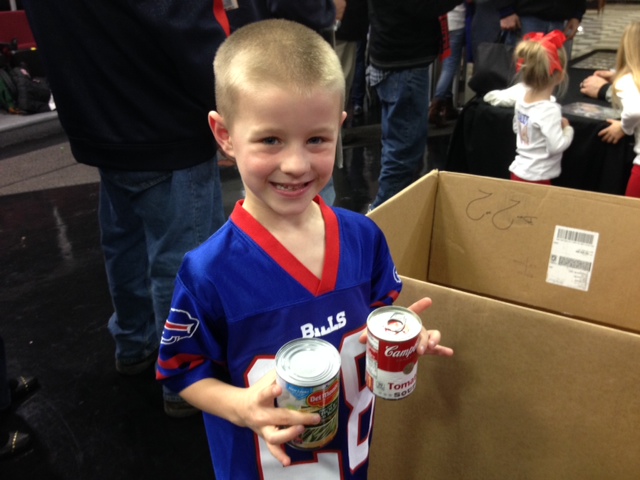 Even members of our studio audience brought food for donation!  If you would like to help the needy this season, log on to: www.foodbankwny.com

The next "Fred Jackson Show" is MONDAY DECEMBER 1st LIVE at 7p.m.  The show is sold out, but you can make reservations for future shows at www.wbbz.tv

Miss the show from November 17th?  Catch the replay by clicking this links from the wbbz tv YouTube channel. 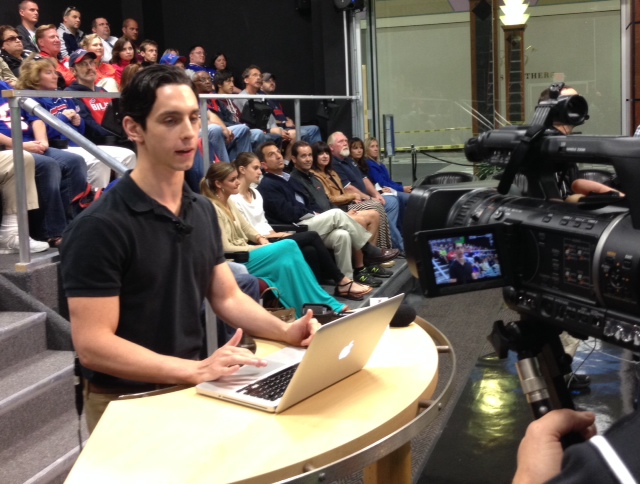 Fred takes questions from you!  "TWEET" your questions to Fred @WBBZ on Twitter.  Bradley Gelber is here to read some of them LIVE on-air. 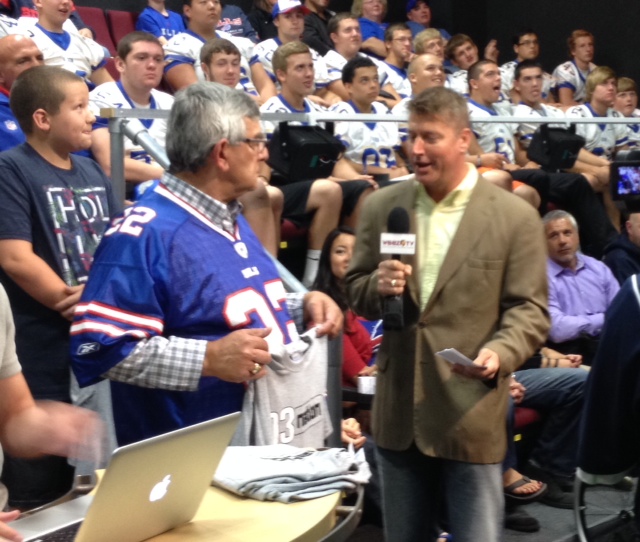 Dave "DJ" Jickster from 97 Rock will be in house to take audience questions. 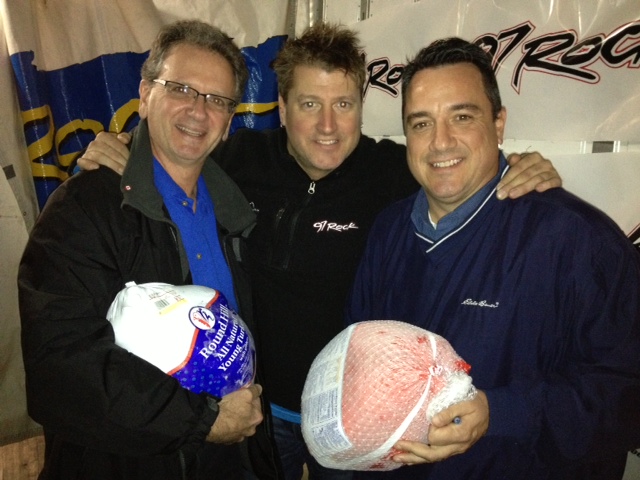 We got an update from Dave on his "ROCK OUT HUNGER" campaign that is going on now at the Eastern Hills Mall until the Wednesday before Thanksgiving.  His event benefits the Food Bank of WNY.

The next show is SOLD OUT, but you can make reservations for a December show by clicking the FRED JACKSON icon on our website, or clicking TICKETS on the top navigation bar.

On Monday December 1st, "The Fred Jackson Show" will again air Monday night LIVE at 7p.m., right after "The Bucky and Sully Show" with Buffalo News sports columnists Bucky Gleason and Jerry Sullivan.  You can also catch an encore Monday night at 11p.m. and Tuesday morning at 9a.m.

Ring In 2017 with Dave Jickster from The Robert Woods Show