“A Christmas Carol” at Alleyway Theatre 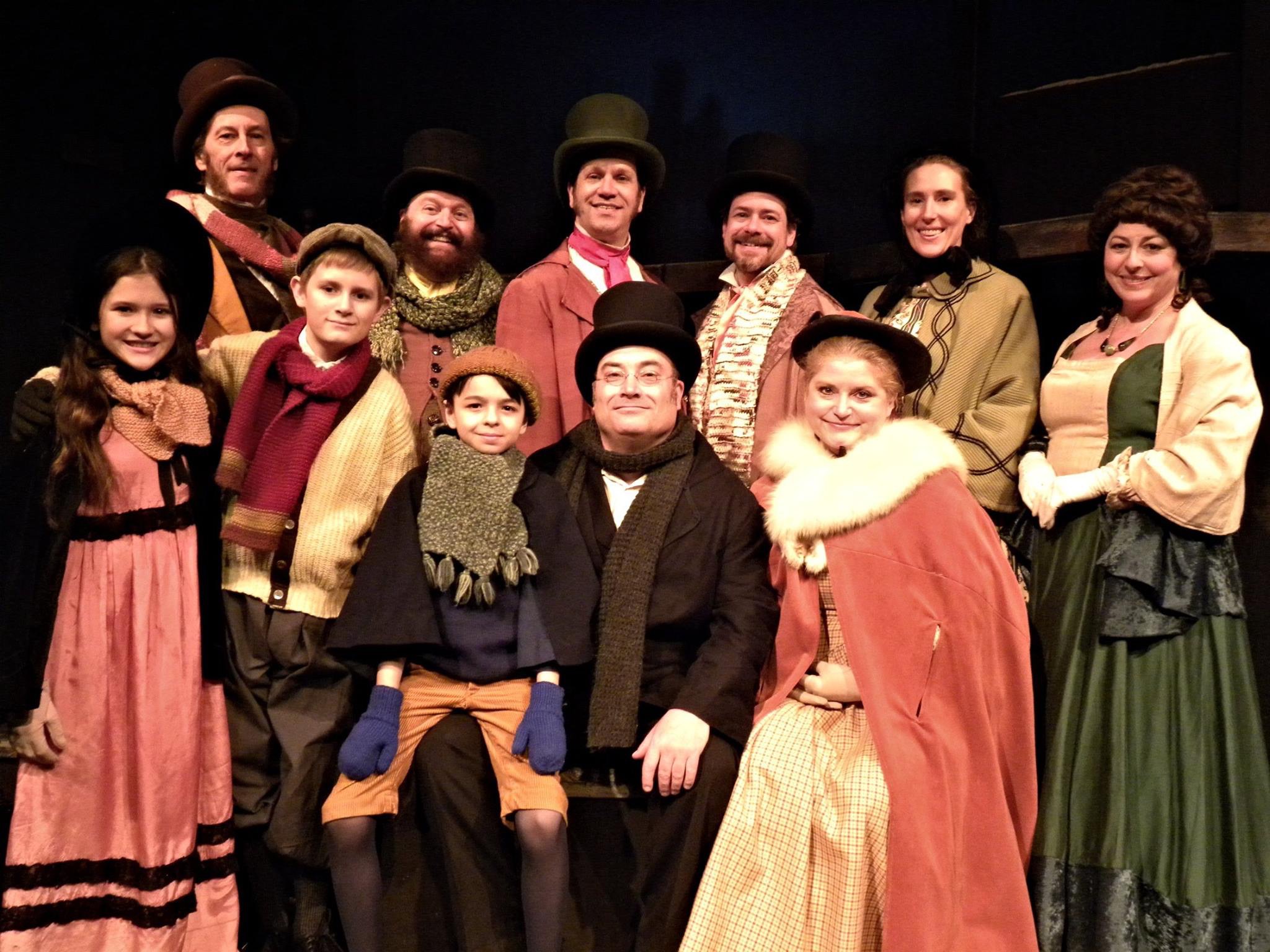 The Alleyway Theatre Board Of Directors has announced that in celebration of the company’s 35th season presenting A Christmas Carol, there will be a total of three opening nights. The production, which ranks as the fifth longest running in the world, will open to the public on December 8 and play through December 23.  Alleyway’s A Christmas Carol has been faithfully adapted from Dickens’ novel by Artistic Director Neal Radice and, over the years, has proven to be a sell-out holiday hit. 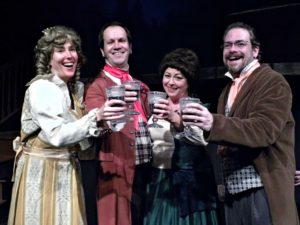 In the early 1980’s when an oil crises led to a number of downtown traditions to be permanently lost, Artistic Director Neal Radice founded A Christmas Carol as an annual event and, in his playbill notes, promised to bring the Christmas spirit back to downtown Buffalo year after year. The show has proven to be one of Western New York’s favorite holiday traditions, playing to over 100,000 people during the past three and a half decades. Multiple generations of families attend each year, typically arriving early so as not to miss a note of the traditional carolers as they perform in the half hour before Dickens’ classic ghost story of Christmas begins. Younger audience members in the intimate 99 seat Alleyway Theatre never fail to let out a squeal as the ghost of Jacob Marley, rattling his chains, appears in a red glow rising up through the floor of old Scrooge’s bedchamber. 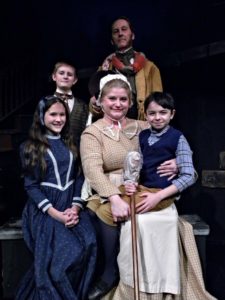 The three-day opening celebration begins with a free performance for the Buffalo Parent Teacher Organization whose mission is to recognize and support positive programs for students. The young city-school audience, that represents our city’s future, will be invited to have their pictures taken with the actors in the lobby before the show and at intermission. Before Scrooge takes the stage, a brief ceremony recognizing Alleyway’s longstanding commitment to young people will take place.

This performance is sold out

Thursday, December 7 at 7:30PM: The Christmas Past Opening

It’s a first-ever Christmas Carol company reunion as Alleyway invites all the actors and stage managers who have ever been part of the show to view it from the theatre seats and enjoy before and after socializing. Since 1982, over 75 adult actors and over 60 child actors have been on stage in A Christmas Carol. The evening will feature a pre-show reception with wine, cider, and hor’dourves that starts an hour before curtain. A post-show cast party complete with music, hot cider, Christmas cookies, photos with Santa and possibly dueling caroling quartets will wrap up in the evening. A brief ceremony recognizing Alleyway’s longstanding commitment to the presentation of A Christmas Carol will take place at 7:15 PM. News anchor Maryalice Demler of WGRZ- TV will MC. This performance is not open to the public. 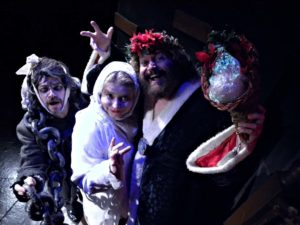 The official opening of the 35th season of A Christmas Carol will star David C. Mitchell as Ebenezer Scrooge and feature Joyce Stilson, James Cichocki, Roger VanDette, Jerry Hudson, Emily Yancey, Michelle Holden and David G. Poole.  The three young actors are Allison Barsi, Shawn Calmes and Jack Flammer as Tiny Tim.  Before the performance, Alleyway will be honoring longstanding sponsors including M&T Bank, WBBZ-TV, and J. Gillan & Associates.  Helping to honor our sponsors will be Lisa Ludwig, President Theatre District Association and Michael Schmand, Executive Director of Buffalo Place Inc.. Following the show, audience members may have pictures taken with the cast. This performance is open to the public.

Sets and lighting for A Christmas Carol will be created by Mr. Radice with costumes by Artie winning costume designer Joyce Stilson.

Online at alleyway.com or at the box office beginning 30 minutes before each performance.  Alleyway Theatre Box Office: 716-852-2600 x0.

Suitable for everyone of every age!

WBBZ-TV Counts Down To The Erie County Fair