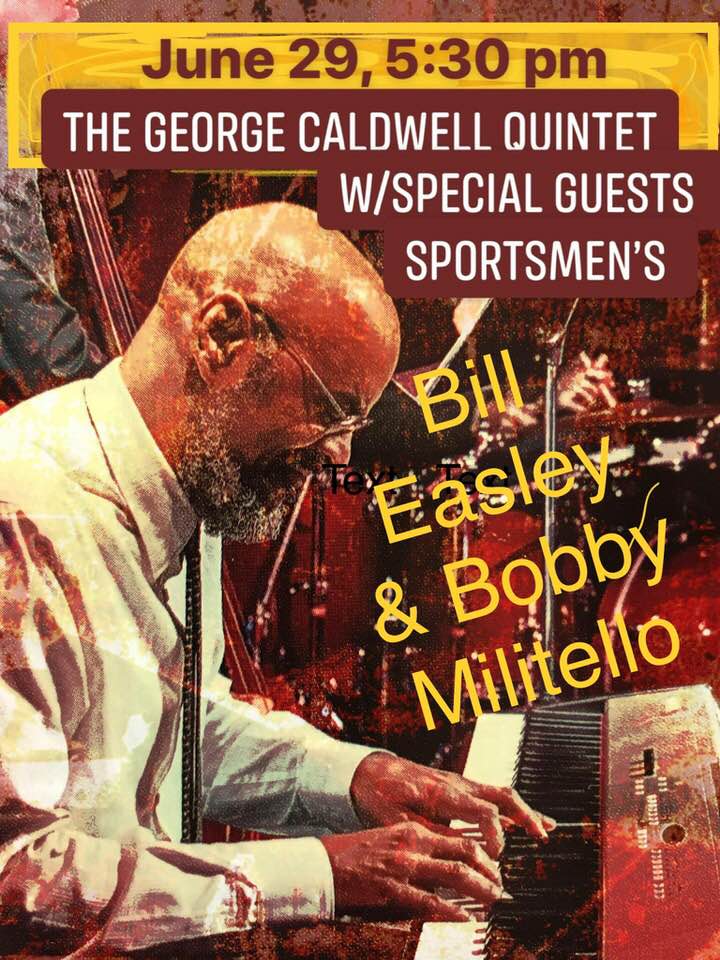 The George Caldwell Band that rarely gigs in town is scheduled to play at Sportsmen’s!

Music Tavern and will feature two venerated, world-traveled saxophonists, Bill Easley and Bobby Militello. The gig also welcomes home George Caldwell who has been touring abroad and working out of state since April – he returns June 24th. The complete lineup of players will be announced soon.

Sponsored by OFF BEAT CINEMA

About George Caldwell:
University jazz professor and alumnus of both the Count Basie (he toured this spring with the orchestra in Canada and Europe) and Duke Ellington orchestras, Caldwell has made a name for himself throughout the jazz circuit as a hip, swinging pianist. While his orchestral contribution has brought crowds to their feet all over the country, his gift to young students has garnered him a number of awards; including the W.C. Handy Blues in: Education Award for a curriculum he designed using the blues idiom to teach music theory. With George Caldwell at the piano, The Count Basie Orchestra won a Grammy Award (“Best Large Jazz Ensemble Performance”; – 1996) for the CD ‘Live At Manchester Craftsmen&#39;s Guild’.

About Bobby Militello:
Bobby has the sort of résumé jazz cats dream of earning. Born in Buffalo, Militello set
an incredibly high standard for area jazz musicians, while at the same time earning an international reputation as one of the great saxophonists of his era.

Chef’s On The Go in Amherst is OPEN!