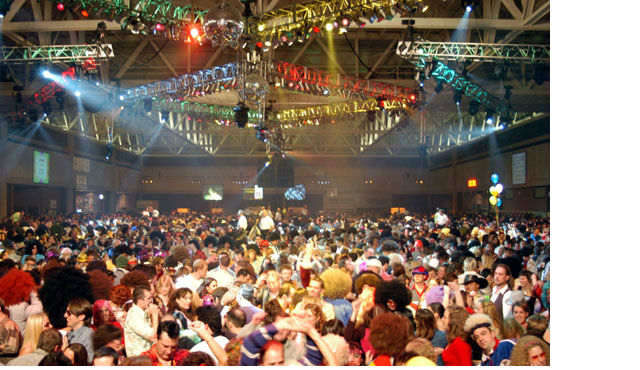 Congratulations to the contestants who won tickets to "The World's Largest Disco" just by watching "That 70's Show" on WBBZ-TV Monday and Tuesday nights at 10 & 10:30pm.

These contestants watched "That 70's Show" for the "Disco Clue Word" – then went to www.wbbz.tv to enter and win.  Their entries were drawn at random Wednesday, and notified of their win!

Conesus Fest for Charity is proud to announce the 20th anniversary of "The World's Largest Disco" presented by Univera Healthcare, will be held Saturday November 30th at the Buffalo Convention Center from 9pm to 1am.  The event features a mammoth 64,000 square food dance floor, a concert size sound/light show, and surprise appearances from celebrites from the era.

Many of those celebrities can be seen on the classic television shows aired on the MeTV network that WBBZ-TV carries.

Over 7,000 disco guests will dance the night away and sing along to their favorite songs from the 70's disco era.

The best part of the event ( which was revived back in 1994 by its current promoter ) is that 100% of the proceeds go to Camp Good Days and Special Times.  Since its inception, "The Disco" has donated over $3,250,000 to charity.

Tickets are on sale at www.ticketmaster.com.  The event usually sells out.

For more information, go to www.worldslargestdisco.com

Summer of MeTV on WBBZ-TV!

MeTV Has An App!