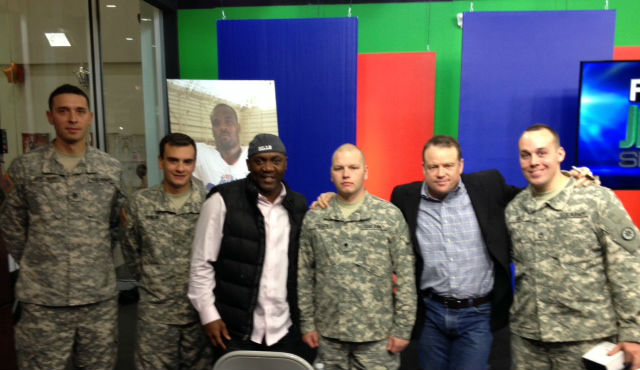 Hometown heroes were recognized on Your Hometown Television Station, on a special edition of "The Fred Jackson Show" Monday night. Bob Koshinski welcomed Bills greats Thurman Thomas and Steve Tasker – along with servicemen and women with the WNY HEROES organization under the direction of Chris Kreiger, and members of the Cote Family, who lost their son Jonathon in Afghanistan, who made a major donation the HEROES organization.

Miss the show? Catch the replay on our YouTube.com channel, wbbz tv!

Bills star running back Fred Jackson could not be on the show, as he was on the practice field getting ready to "Squish The Fish" – as we used to say – when Tasker and Thomas met up with Miami. 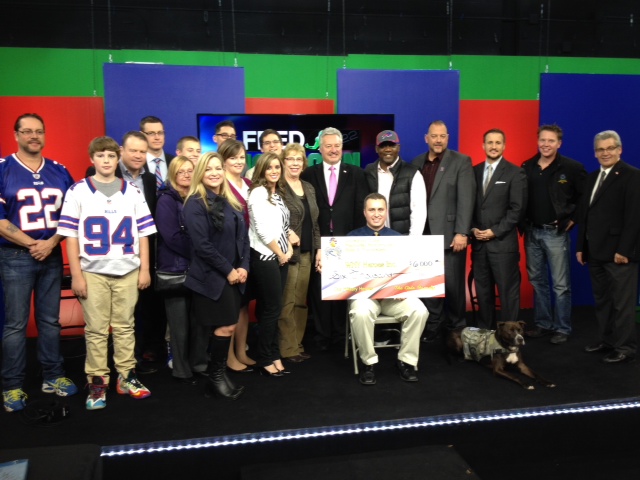 For Veterans Day November 11th, – Chris Kreiger, founder of WNY HEROES was joined by some of his board and active as well as retired servicemen and women – were also part of the program.

His organization helps veterans and their families. You can get more information by going to www.wnyheroes.org. 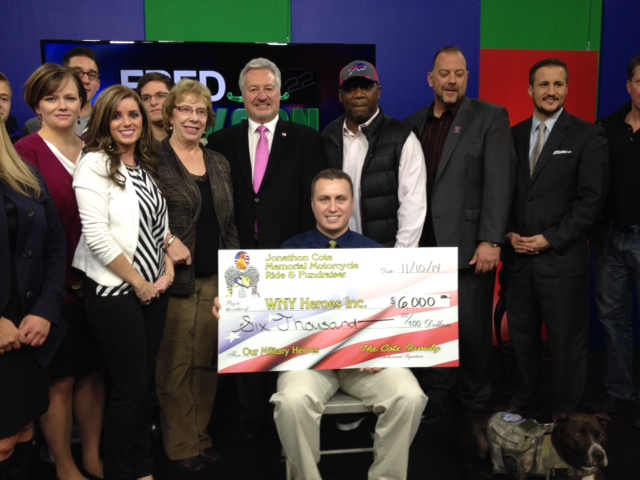 He was presented a check for $6,000 from Chris Cote. Chris lost his brother Jonathan while he was serving in Afghanistan a few years ago. In honor of Jon, a motorcycle run is now held to bring the community together and raise money for worthy organizations.

Chris and his family were on hand to make that presentation. For more information you can go to www.freecote.com

"The Fred Jackson Show" is LIVE every Monday night at 7pm. Make your audience reservations at www.wbbz.tv

“Monster From A Pre-Historic Planet” Sat.@Midnight!