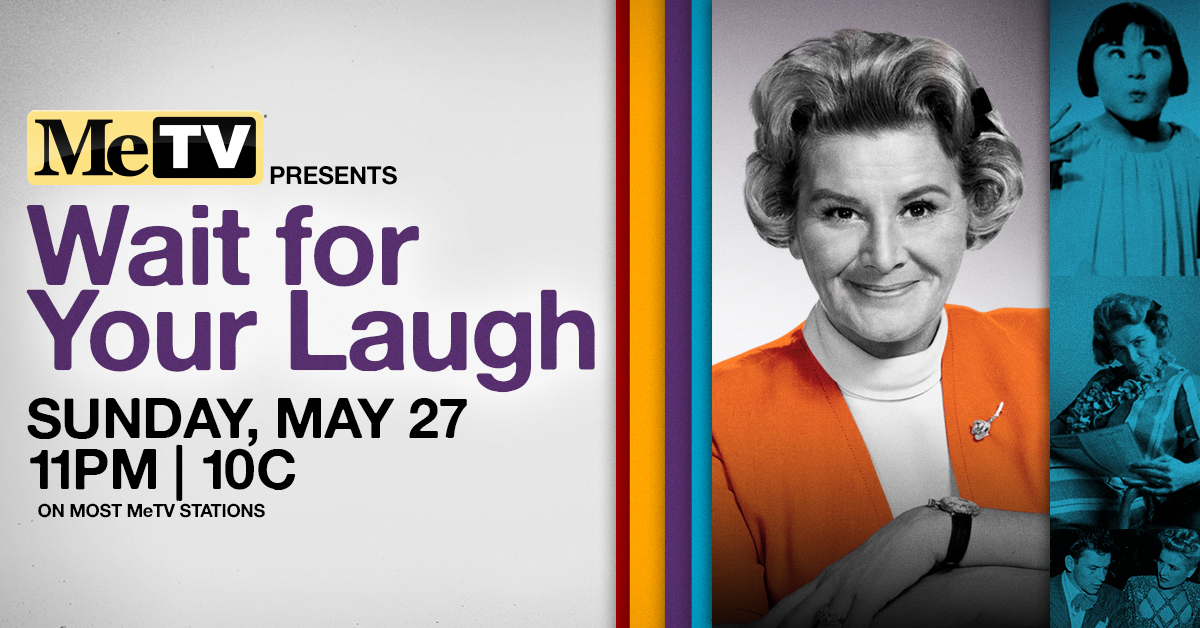 Spend Memorial Day weekend with the television premiere of Wait For Your Laugh. This is the untold story of fame, love, tragedy and 90 years of American show business through the eyes of the iconic Rose Marie. The feature-length documentary will air on MeTV on Sunday, May 27 at 11PM |.

The 2017 film tells the story of Rose Marie’s long-spanning career in show business, from her humble beginnings as a radio darling at the age of four, to becoming the queen of the small screen. Throughout her time in the biz, Rose Marie lit up the stage in vaudeville and theater and kept America laughing on shows like The Dick Van Dyke Show and Hollywood Squares.

Complete with footage from Rose Marie’s personal archive and contributions from colleagues like Carl Reiner, Dick Van Dyke, Tim Conway and Peter Marshall, Wait For Your Laugh isn’t something to miss. Active until her death on December 28, 2017, at the age of 94, this documentary tells the story of American show business and the one woman who did it all.

“I’m so very thrilled that Wait For Your Laugh will be premiering on TV for my mother’s fans who were unable to see it in the theaters,” said Rose Marie’s daughter, Georgiana Guy-Rodrigues. “So many of her fans are television fans, and now they will be able to see just how extraordinary and vast her 90-year career was. There was no one like her.”

The “Beat The Champ” bowling show on WBBZ-TV will move to 10p.m. this Sunday only!