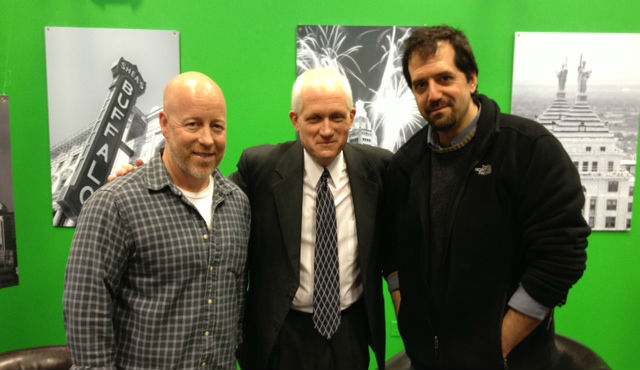 Take a look at our hometown – Buffalo New York – there is a new birth in our downtown core, with development in a community that has literally weathered the odds better than most cities across the country.

But despite what we see here, a startling statistic was released by the U-S Census just a few years ago that identified Buffalo as the third poorest city in America.  Take a look at these numbers- we are behind Detroit, Cleveland – two other rust belt cities that have seen their economies shift away from industry, just like ours

So on a special edition of "Political Buzz" as we head into the Thanksgiving and Holiday season, host John Di Sciullo will introduce us to some great Western New Yorkers like Renee Siepkierski from Catholic Charities; Brenda McDuffie, the C-E-O of the Buffalo Urban League; and others who are making a difference, and how you can help.

Watch Sunday at 11am on WBBZ-TV.

Mike Billoni, known throughout Western New York for his love of our community from one of our areas most well respected families is now the force behind the many promotions for the Food Bank of Western New York.  He will tell us about the latest effort that WBBZ is co-sponsoring with our friends from 103.3 FM The Edge.

The morning team from The Edge visit "Political Buzz,"  friends Ted Shredd and Tom Ragan, better known as Shredd and Ragan.  They have been on the air together since 1994 – and by all media measurements are a force to be reckoned with.

Here is the information you need to know!

Also on this special edition of "Political Buzz" were other members of our community who are making a difference.

Joining Mike Billoni on set was Renee Sierpierski from Catholic Charities, and the President and CEO of the Buffalo Urban League, Brenda McDuffie.

Find out how Catholic Charities helps people in need in WNY, how not for profit agencies interact, and the importance of the public and private sector support.

Brenda also updates us on their upcoming Gala coming up November 23rd.  If you would like more information, connect here!

Merry Christmas and Happy Holidays From The Staff at WBBZ-TV, Your Hometown Television Station!