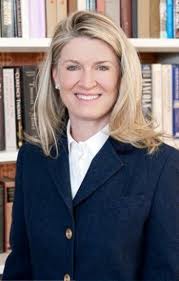 News organizations are invited to excerpt any audio /video or quotes from the broadcast, with a courtesy to WBBZ-TV.

The unique 30 minute platform of the “Political Buzz” television program will allow Wendy to discuss her campaign platform, reaction to the upcoming Presidential race, and how a downstate candidate can connect with Western and upstate New York.

According to the website for Wendy Long, Wendy went to Washington, D.C. during the Reagan years to work in the United States Senate for U.S. Sen. Gordon Humphrey (R-N.H.) and then U.S. Sen. Bill Armstrong (R-Colo.). She studied as a Publius Fellow with the Claremont Institute.

She served as a law clerk to Judge Ralph K. Winter of the U.S. Court of Appeals for the Second Circuit in New York, and then to Justice Clarence Thomas of the Supreme Court of the United States.

She practiced law with Kirkland & Ellis, LLP, becoming a litigation partner in New York City. She left private practice to build the Judicial Confirmation Network (now the Judicial Crisis Network), to promote public education about the proper role of the judiciary under the American Constitution and to win U.S. Senate confirmation of Supreme Court Justices and other federal judges with a record of judicial restraint and respect for the Constitution.

Wendy lives in Manhattan with her husband, Arthur, where they are raising their two children, Arthur and Mado. She is a member of Governor Mitt Romney’s Justice Advisory Committee, teaches Roman Catholic catechism in New York City for the Narnia program, and is a member of the New York City Parks Mounted Auxiliary Unit.

WBBZ-TV is Western New York’s Hometown Television Station owned and operated by Phil Arno.  Bob Koshinski is Vice President and General Manager.  WBBZ can be viewed on Channel 5 on Time Warner Cable, Verizon FiOS, and Dish Network, on Ch. 67 on DirecTV (where available) and digital Channel 67.1 over the air.

Catch the Hometown Fun From The Erie County Fair on “Bragging Rights” Weeknights at 8p.m. on WBBZ-TV!