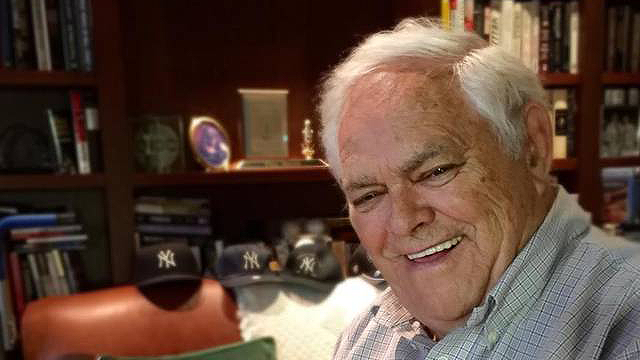 He is back in town, and is excited to introduce his memoir, “Limping On Water.”  The book chronicles his lifelong battle with cerebral palsy, a 40 year journey in broadcasting building one of the strongest stations in the country here in Buffalo from 1976-1987, and helping hometown causes like the Variety Club, the Skating Association for the Blind and Handicapped, and so many more.

He then went on to change the face of network morning television as the ABC Network President in charge of “Good Morning America” in the late 1980’s.

Everyone is welcome to the Talking Leaves Bookstore, 3158 Main Street in Buffalo – 7pm – Wednesday August 24th.

The FREE “meet and greet” will be hosted by John Di Sciullo, host of “Bragging Rights” on WBBZ-TV, who formerly worked for Phil from 1983-1986 when Phil was General Manager at WKBW Channel 7 in Buffalo.

However Phil’s legacy in WNY goes beyond television. 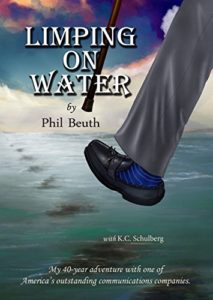 In 1976, Phil readily embraced the effort to save Shea’s Buffalo from the wrecking ball joining organizers to mount a community campaign to save it.  To this day, WKBW remains the official station of the theater.

Phil re-organized the Variety Club not just to put a TV telethon on but completely re-structure the charity so it would grow and thrive.  The Telethon raised almost $1.5 million back in the day, and continues as the longest running telethon in the WORLD.

When the Skating Association For the Blind and Handicapped needed a celebrity skater Phil sent in Spencer Christian ( formerly the weatherman for “Good Morning America”) complete with LIVE shots from Memorial Auditorium.

When the NAACP and Buffalo Urban League needed their voice to be heard he brought them to the station and devoted countless hours with the groups, with even more TV time.

When the March of Dimes needed a host for the Gourmet Gala in 1990, Phil leaned on Regis Philbin to come to town with producer Michael Gelman.  Regis wrote some comments for Phil in his book, and remains a Buffalo booster.

When AIDS was making headlines daily Phil turned his personal tragedy when his son passed away from complications only to use his network clout to help others creating a program on ABC to raise awareness, offer hope, and raise millions for research.

Phil was even the coach and pitcher of the WKBW “Prime Timers” softball league.

And as GM of WKBW ( from 1976 until 87 ) he stands as one of the most successful.  The station was one of the TOP 3 ABC affiliates in the nation.  He hired hundreds of people, and gave them their start.

Phil will talk about his new book, and the effort to build a museum to remember the legacy of Western New York broadcast history.

Copies of his book “Limping On Water” will be available for signature by the author, or you can order it on amazon.com.

“Horror of Party Beach” Sat.@Midnight on “Off Beat Cinema”