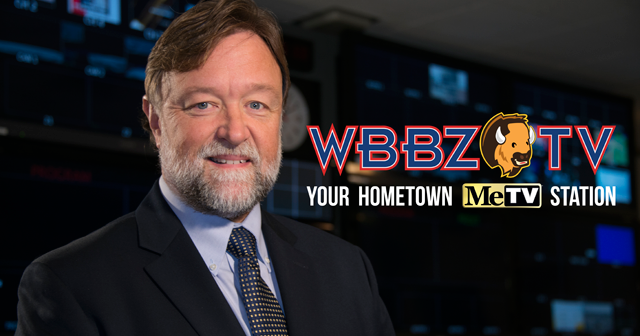 Chris Musial is the Vice President and General Manager of WBBZ-TV.

He was given that title in February 2015 after serving as a consultant for a few months prior.

Owner Arno noted that Chris has a long history in the Buffalo market starting as a news intern at Channel 4, working his way up to become News Director there, and eventually President and General Manager of WIVB & WNLO-TV.

During his tenure with WIVB, under several ownership groups, the station became the dominant broadcast news outlet in the market, and one of the top ten CBS & affiliates in the nation.  WNLO received the top network award being named the Model CW affiliate.

Even though Chris retired from LIN Television just a few years ago, he has remained active in the industry, serving on the board of the New York State Broadcasters.

Arno commented, “Chris, was well respected at Channels 4 and 23. I know he will continue to help WBBZ-TV grow.“  In addition, Chris will continue to work with every member of the WBBZ-TV team to make Your Hometown MeTV Station the best it can be.  We are proud to have Buffalo Broadcast Hall of Famers like Chris and Promotion and Production Manager John Di Sciullo on our team.”

Arno continued, “Personally, I have known Chris for many years, working together with him when I was shooting news at Channel 4.  He is a total professional, dedicated to this business.  He understands our mission to create great local television for our viewers, the community, and our advertising partners.”

Chris commented, “During my months as a consultant, I have had the privilege to work with, and learn from,  some of the most dedicated professionals in Western New York.”

Chris stated, “I am excited to be joining an enthusiastic group of broadcasters at WBBZ who believe in local television,
and I look forward to serving our viewers and station growth through future projects.”

Chris and his family make their home in Lancaster, N.Y.