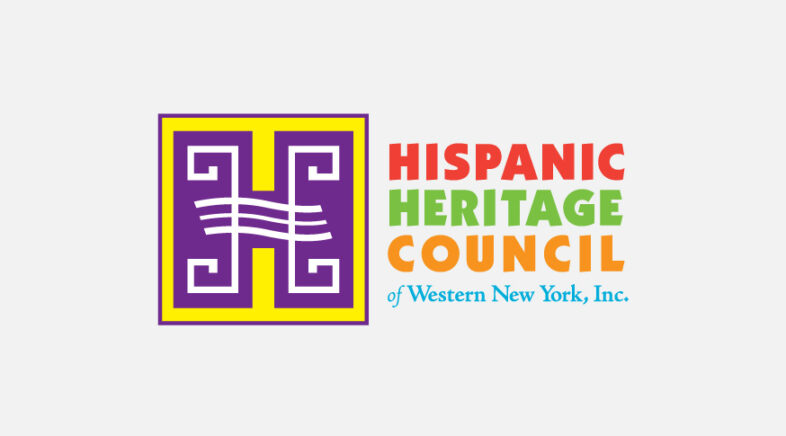 If you missed the “Hispanic Heritage Month” special, watch the YouTube link.  Watch for the repeat airdate on WBBZ-TV soon!

with WBBZ-TV Special airing at 8pm and on Facebook LIVE!

The special is sponsored by: Fidelis Care, People, Inc., Roswell Park Comprehensive Cancer Center, JC Seneca Native Pride, Key Bank, the Buffalo Teachers Federation, and G-Health Enterprises.  The presentation is in lieu of the traditional Official Kick Off celebrated every year at the Buffalo & Erie County Public Library (Ring of Knowledge). Due to the current health pandemic the Hispanic Heritage Council organized a virtual celebration that features civic and community leaders, special performances by students of the Buffalo Academy for the Visual & Performing Arts, area musical artists, and much more.

The Hispanic Heritage Council, in collaboration with the arts and cultural groups of our region, is proud to offer a full schedule of events that can be found at (http://www.hispanicheritagewny.org)  in addition WNED-PBS Ch. 17 will offer a full month of televised programming in celebration of the month. Every program planned is family friendly and culturally educational and informative.

“Hispanic Heritage Month is a celebration for everyone, not just for Hispanics, this is the reason why the Hispanic Heritage Council of Western New York Inc. includes the community as a whole in its initiatives. We strive to ensure everyone can learn about the great accomplishments Hispanics have attained with hard work, and together celebrate and perpetuate our culture and traditions.” said Esmeralda Sierra, President.

This year in recognition of the National Theme: “Hispanics: Be Proud of Your Past, Embrace the Future” the Hispanic Heritage Council of WNY, Inc. is celebrating its 10th year of existence! So much has been accomplished throughout this decade, and there are many big plans for the future, with the announced project to build a Hispanic Heritage Cultural Institute in Buffalo’s Hispanic Heritage District on Avenida San Juan, the Niagara Street Corridor.

Thanks to Mayor Byron Brown, and the Buffalo Lit Partners from the Buffalo Landmark Illumination Team (including the New York State Power Authority), Buffalo’s City Hall and other buildings of note will be illuminated in special colors Tuesday September 15th to kick off Hispanic Heritage Month in Western New York  and on Thursday September 24th to recognize National Hispanic Heritage Month, Niagara Falls will be illuminated Red, Orange and Green at 10:00 p.m. for fifteen (15) minute duration.

Citizens of Hispanic descent have lived in the City of Buffalo and Western New York area since the late 1800s after immigrating from countries such as Spain, Mexico, Cuba, regions in South and Central America and the Caribbean including Puerto Rico. This growing population has made significant contributions to Western New York.

On the special televised program the Hispanic Heritage Council will recognize members of the Western New York community for their public service in three categories, in addition to their award each recipient will receive a nice gift certificate from Colvin Cleaners 2375 Delaware Avenue & Dinner for two at Sabores de mi Tierra Restaurant 241 Niagara Street.

Mr. Medina, a well-recognized community leader in education, Buffalo Public School Principal for well over three decades, has consistently taken his schools from mediocrity to excellent bilingual schools. These schools are as follow; Bilingual Center #33, Martin Luther King School #48 & #39. Mr. Medina has recently been appointed to lead the premier bilingual education school in the City of Buffalo, Herman Badillo Bilingual Academy. This is a credit to his capacity and ability as a school leader and for that we are very proud to recognize him for the impact he’s made to children, families, and community at large.

Mr. Billoni, a great friend to WNY’s Hispanic Community, has supported and promoted many events within Buffalo’s Latino Community from when he was General Manager of Buffalo Bisons more than 30 years ago to recently being instrumental with his wife, Debbie, in humanitarian efforts such as Puerto Rico Hurricane Maria & Earthquake Relief Efforts, helping surviving families settle in WNY and helping families on the Island during their annual visit there in December. He has also worked in partnership with Hispanic Heritage Council of Western New York Inc. and the community in the distribution of Coats 4 Kids & Gowns 4 Proms Program to the many children in the Buffalo Public Schools and the community through his family’s Colvin Cleaners’ business.

The HHC Volunteer Award is presented to someone who has gone above and beyond by demonstrating outstanding and continued service to the Hispanic Heritage Council of Western New York Inc., in a manner that has resulted in a significant impact on, or contribution to the Western New York Hispanic Community.

Ms. Santos demonstrates daily through her deeds the true meaning of volunteerism. She has helped unselfishly countless youths, organizations, and families, waiting for nothing in return because of the love and care she has for the community. Throughout the years, Ms. Santos has volunteered her time for many organizations, including the Hispanic & Puerto Rican Day Parade, the Miss Borinquen Leadership Program, CGLI Close Up Washington, Pucho Olivencia Community Center, the City of Buffalo, the Hispanic American Veterans of WNY and the Hispanic Heritage Council of WNY. While amid the COVID-19 pandemic, Ms. Santos has volunteered for many Food and PPE Equipment drives within her community.

Ms. Danna for the past several years has dedicated her time and energy to community gardens throughout the City of Buffalo. One of these gardens is located on Avenida San Juan in the Hispanic Heritage District on the corner of Niagara & Virginia Street  “Keep The Momentum Going Garden” every spring / summer Sharon beautifies the flower beds and landscape with the support of the NYSDOT & Home Depot. In 2021 Sharon affirms that this garden will be part of the Buffalo Garden Walk.

Past President, Casimiro Rodriguez is proud to select three Directors for this prestigious award recognizing their dedication and commitment throughout the years.

President’s award is given to a Hispanic Heritage Council of Western New York Inc.         Director who through their actions exemplifies and supports the vision of the council as a leading organization that creates and supports the promotion of the Hispanic community and its contributions to Western New York’s rich historical and cultural heritage.

Ms. Sierra a Director since 2011, through Esmeralda’s dedication and commitment, the Hispanic Heritage Council of Western New York Inc., has become a strong fiscal and financial non for profit organization. Many of her years serving on the board has been as the Chief Financial Officer. Ms. Sierra is also the newly elected President.

Dr. Alsace has been with the Heritage Council of Western New York Inc., since it was founded in 2010, considered a co-founder, Tamara’s dedication and commitment has helped the organization meet their vision and mission to the Western New York Hispanic Community.

Mr. Sanabria has been with the Heritage Council of Western New York Inc., since it was founded in 2010, considered a co-founder, John’s dedication and commitment has helped the organization meet their vision and mission to the Western New York Hispanic Community.

Nationally, Hispanic Heritage Month recognizes the contributions of Hispanic Americans to the United States and celebrates Hispanic heritage and culture. The observation started in 1968 as Hispanic Heritage Week under President Lyndon Johnson and was expanded by President Ronald Reagan in 1988 to cover a 30-day period starting on September 15 and ending on October 15. It was enacted into law on August 17, 1988.

September 15 was chosen as the starting point for the celebration because it is the anniversary of independence of five Latin American countries: Costa Rica, El Salvador, Guatemala, Honduras and Nicaragua. They all declared independence in 1821. In addition, Mexico and Chile celebrate their independence days on September 16 and September 18, respectively.

WBBZ-TV owner and Executive Producer Phil Arno hosts an in depth look at issues on Your Hometown MeTV Station, where topics are handled in a way not often seen on local television, covering the big picture on important topics.

Whether it is politics, social issues, hometown debates, or national topics – the “Big Picture” will offer insight from expert guests based here in Western New York, or on Skype from across the country.

Host Phil Arno has decades of experience in covering news from Buffalo to Los Angeles. Winner of numerous awards, Arno was a videographer and correspondent while working for WKBW-TV; WIVB-TV in Buffalo, and several stations in California. Arno was one of the first videographers to shoot video from a chopper. His coverage of the infamous O.J. Simpson white Bronco chase was seen worldwide. He often covered news LIVE from the chopper with legendary anchor John Beard when they worked together at KCAL Channel 9.

Phil brings that expertise to this talk and information program, with his constant sense of inquisitiveness on all topics.